Our three England internationals Evie, Isla and Abbie did us proud.

Isla was part of the Kumite team on day one that lost to the Romanian National Team. The Romanian’s went on to win the event, but Isla performed well.

In her individual event after receiving a heavy blow in an earlier round where it was suspected she may have had concussion, (this later affected her Kata event, as she was not able to take part) fortunately she was cleared to carry on fighting. Her opponent was warned and given a penalty.

In the quarter final Isla lost 5-6. At 5-5 both her and her opponent scored but the judges decided her opponents score was marginally first and lost a guaranteed bronze medal by one point. So top 6 in her weight category was a great achievement and has made her more determined for the future.

Abbie after a slow start in the open weight category scored a huge win against an American before losing in the quarter final to the eventual gold medal winner where Abbie really took the fight to her opponent. Again, a top 6 achievement. In Kata, Abbie’s event was cancelled on the day but a good trip for her.

Evie’s event went straight into two round scores to be added together to determine the medals. After an excellent first round performance she was in third place. As the scores went by the person who could pip Evie to a bronze medal was leading by 24.4 points (we will not bore you with karate Kata scoring). So, she had to get 24.5 to win the bronze medal and after a recount because the computerised calculator scoring system shut down, the scores came up and 24.5 was achieved and a great bronze medal was coming home.

To date these three young ladies have achieved between them the status of England champions, World and European medals and at their tender age have been training and competing for a combined total of 39 years.

We are very proud of them and the way that they cope under pressure is admirable.

Therefore, a successful trip for us and also for Karate England who came home with a total of 17 medals and numerous quarter final placings.

Thank you to all our supporters and our sponsors whose generosity enabled us to get our 3 members to the event fully sponsored. Thank you ! 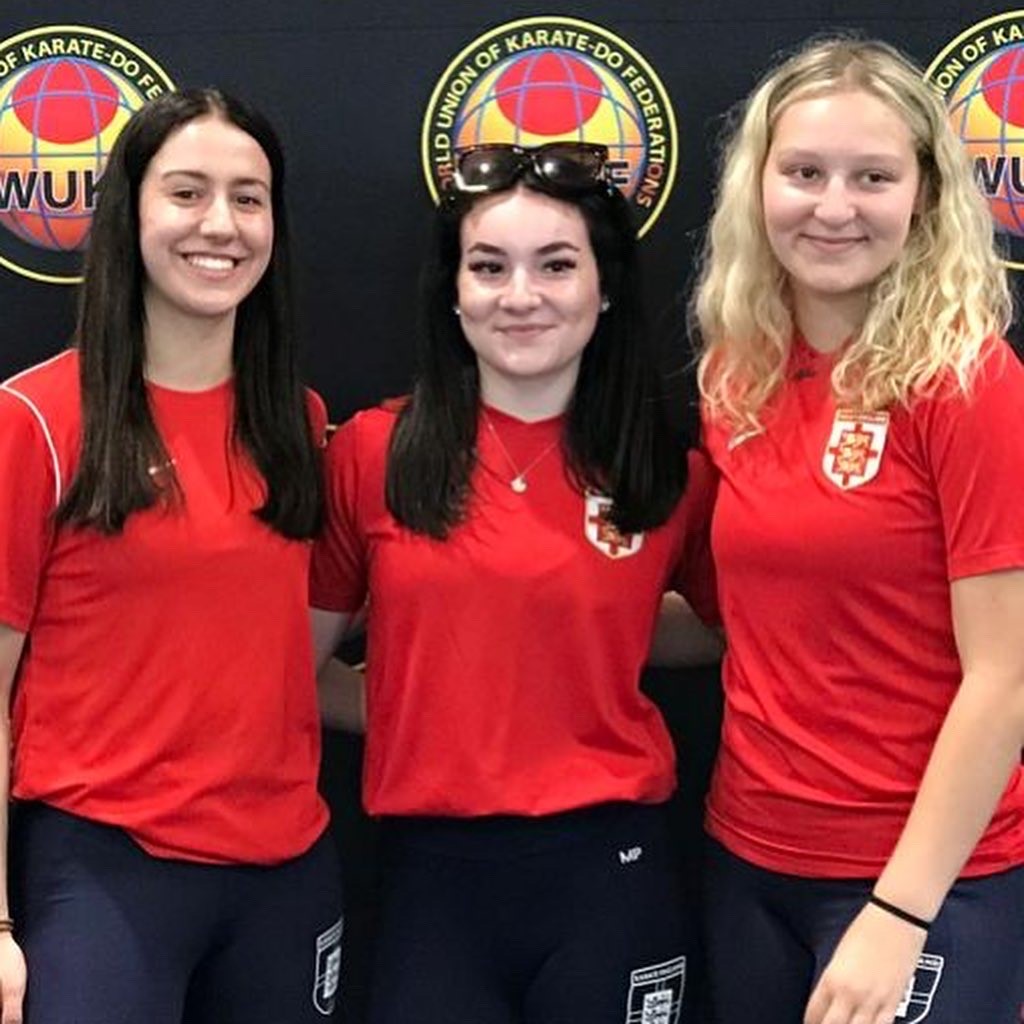